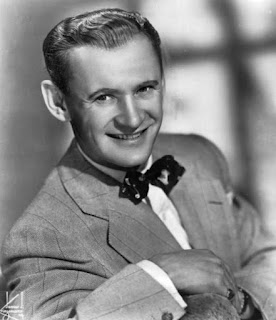 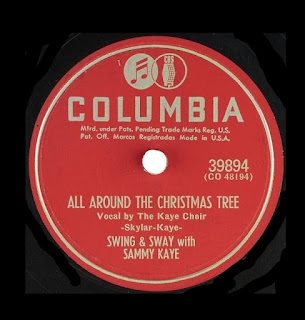 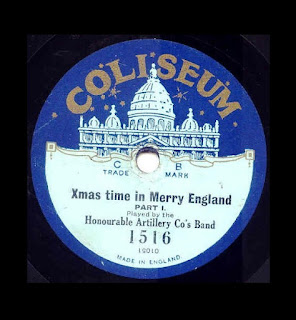 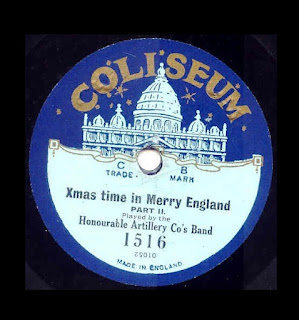 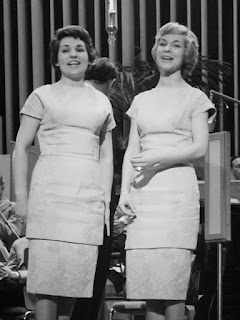 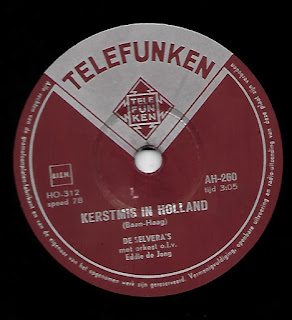 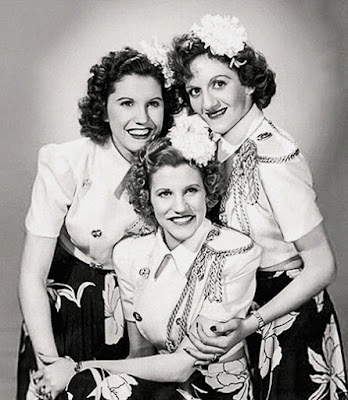 The Andrews Sisters were an American close harmony singing group of the swing and boogie-woogie eras. The group consisted of three sisters: contralto LaVerne Sophia (July 6, 1911 – May 8, 1967), soprano Maxene Anglyn (January 3, 1916 – October 21, 1995), and mezzo-soprano Patricia Marie "Patty" (February 16, 1918 – January 30, 2013). The sisters have sold an estimated 80 million records. The Andrews Sisters' harmonies and songs are still influential today, and have been copied and recorded by entertainers such as Patti Page, Bette Midler, Christina Aguilera, Pentatonix, and others. 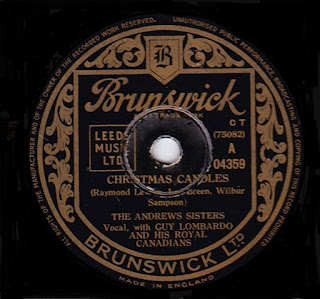 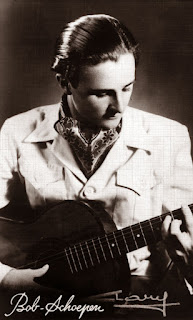 Bobbejaan Schoepen (a pseudonym of Modest Schoepen; 16 May 1925 – 17 May 2010) was a Flemish pioneer in Belgian pop music, vaudeville, and European country music. Schoepen was a versatile entertainer, entrepreneur, singer-songwriter, guitarist, comedian, actor, and professional whistler, as well as the founder and former director of the amusement park Bobbejaanland. His musical career flourished from 1948 until the first half of the 1970s. He sold more than five million copies from his repertoire of 482 songs, which extended from Twang, cabaret, instrumental film music, chansons, country, to folk and vocal music.Born in Boom, Antwerp, Flanders, Belgium, he worked his way up from a working-class environment to become one of the 200 richest people in Belgium. 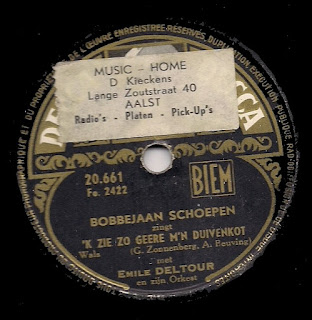 George Formby, (born George Hoy Booth; 26 May 1904 – 6 March 1961), was an English actor, singer-songwriter and comedian who became known to a worldwide audience through his films of the 1930s and 1940s. On stage, screen and record he sang light, comical songs, usually playing the ukulele or banjolele, and became the UK's highest-paid entertainer. Born in Wigan, Lancashire, he was the son of George Formby Sr, from whom he later took his stage name. After an early career as a stable boy and jockey, Formby took to the music hall stage after the early death of his father in 1921. His early performances were taken exclusively from his father's act, including the same songs, jokes and characters. 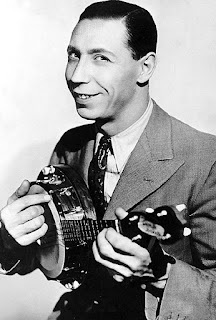 In 1923 he made two career-changing decisions – he purchased a ukulele, and married Beryl Ingham, a fellow performer who became his manager and transformed his act. She insisted that he appear on stage formally dressed, and introduced the ukulele to his performance. He started his recording career in 1926 and, from 1934, he increasingly worked in film to develop into a major star by the late 1930s and 1940s, and became the UK's most popular entertainer during those decades. 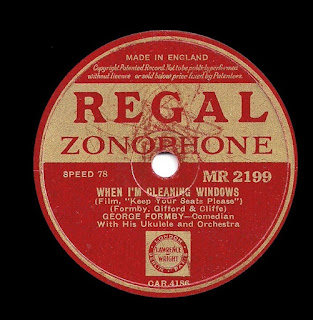 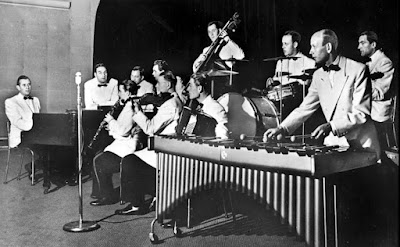 The Orkest Zonder Naam was a KRO radio orchestra in the 1950s, founded and conducted by Ger de Roos . The first performance took place in November 1946. A call to come up with a name generated thousands of responses, but in the end Orkest Zonder Naam was chosen as the official name. Earlier, in 1932, De Roos had already founded Dance and Showband The Rascals , and in 1948 he founded farmers' chapel De Bietenbouwers , again for the KRO. He was also the compiler of the first hit parade in the Netherlands, the KRO hit parade . The Orkest Zonder Naam collaborated with various vocalists, such as Jany Bron , Sonja Oosterman , Jenny Roda , Yvonne Oostveen and Henk Dorel . These sometimes changing vocalists were referred to as the De Marketentsters and De Musketiers . Occasionally Ger de Roos himself took care of a singing part. The Orchestra was very popular, but it only lasted until 1954. 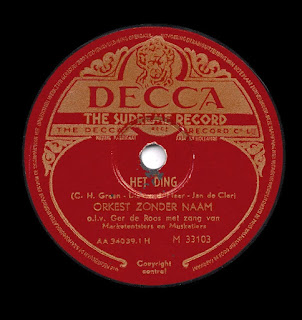 Here I'll take you back to the music of the bakelite/schellack period. Also some vinyl records of the 50's. The records are all out of my own 78rpm and 45rpm recordcollection and digitized at my home studio. I hope you will enjoy it.

It is not the intent to infringe any copyright; I believe the material offered on this website to be in the public domain. Please notify me by a comment with evidence that you own the copyright of any of these recordings or compositions, and I will promptly remove those items.


Listen to my radioshow full of 78rpm's on Angel Radio every tuesday 4.00 pm and thursday night. Every thursday at 6.05pm there's also a show of The Marvelous sound fo the 60's on Angel Radio.

Listen to my radioshow, The Marvelous sound of the 60's, on Swinging Radio 60's every tuesday at 2pm.